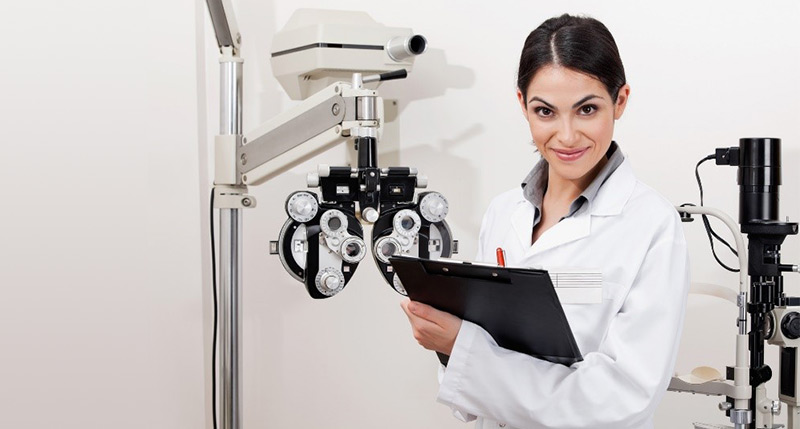 Is LASIK Laser Vision Correction Right for You in 2019?

January is the perfect time to consider your goals for the coming year. Are you considering swapping glasses and contacts for LASIK? If you do, what benefits will you receive? To get answers, we interviewed a LASIK patient who underwent the elective eye surgery herself at age 29. Here’s what she shared.

Q: Before LASIK, what vision challenges did you have, and what made you choose LASIK?

A: I was 8 years old when I realized I couldn’t see as well as other kids in my class; glasses became part of my daily attire shortly thereafter. As a responsible eldest child, I was fortunate that my parents allowed me to start wearing contacts as early as sixth grade, but by the time I reached my late twenties, I had been wearing glasses and contacts for nearly two decades. Because I couldn’t function without vision correction and knew a lifetime of glasses and contacts was in my future, I decided enough was enough. I wanted to explore what LASIK could do for my vision and lifestyle.

Q: How did you make the decision to have LASIK?

A: The idea of inviting (and paying!) a doctor to cut my eyes with a laser was unnerving, but I wanted a long-term solution that would eliminate the need for glasses and contacts for years to come. LASIK was the ideal solution. At least, that’s what I told myself as I made my decision to move forward. But it turned out there was a lot more to learn about LASIK ― including that not everyone who wants LASIK is eligible for the procedure.

I searched the internet and quickly learned that LASIK was not an option for everyone. It was possible that I wasn’t a good candidate for the procedure. The first step is to schedule a screening with your optometrist.

Q: What makes someone a good candidate for LASIK? Did you have any pre-surgical concerns?

I arrived at my initial screening with butterflies in my stomach. I knew the optometrist and his team would check me for potential LASIK deal-breakers. Some of the criteria I knew I would pass with flying colors: I was a healthy 29-year old, well within the general health requirements for eye surgery. I was legally of age to make this decision for myself (those under 18 or 21 may need a parent or guardian’s permission). I also had no history of eye injuries that could interfere with the procedure. I didn’t have cataracts. And I wasn’t pregnant.

But there were other tests relating to the structure of my eyes. To qualify as a good LASIK candidate, your optometrist must determine that your vision is stable. Also, some prescriptions are too extreme for LASIK to fix, and I knew mine was severe. I’d read that LASIK wasn’t an option if your pupils were too large but wasn’t sure whether mine were, and I didn’t know whether my cornea was smooth enough or thick enough to withstand the procedure. Lastly, I had some worries that my eyes might be too dry, since dry eyes can also interfere with the success of LASIK.

I had concerns and questions about the procedure overall, including the possible side effects ― vision distortion, seeing halos around lights and dislodged corneal flaps. Fortunately, from the moment I arrived at the optometrist’s office, the doctor and his staff made sure I was comfortable and encouraged me to ask questions throughout the screening. They assured me that the majority of people who are screened as LASIK patients are eligible for the procedure, and that the vast majority who undergo the treatment are extremely happy with the results. As it turned out, I was a good candidate, so I scheduled my LASIK procedure for just a few weeks later!

Q: What lifestyle benefits have you seen as a result of your LASIK procedure?

A: I certainly put a lot of thought and preparation into my decision to undergo LASIK, but what I didn’t anticipate was the difference LASIK has made in my life overall. In the years since I had LASIK, I’ve saved an enormous amount of time, energy, and effort previously directed at supporting my vision. Every morning when I wake up, I can see clearly; I don’t require any time in my morning routine to clean my glasses or insert contacts. During the day, the bridge of my nose never hurts, and my eyes are almost never dry or itchy.

In fact, I rarely think about my eyes at all ― they simply function as they’re supposed to, freeing my brain for more productive and rewarding thoughts and allowing me to be present and enjoy life. And maybe the best part is knowing when I go to sleep each night that I’ll wake up the next morning ready to take on the day with crisp, clear vision.

It’s been seven years since my LASIK procedure, and in each annual eye exam I’ve had since then, my optometrist tells me that my eyes are healthy and my visual acuity remains very good. I’d do it all again in a heartbeat!